Key Personnel
Head coach is Michael Appleton who started his playing career as a youth at Manchester United. He has also played for Grimsby, Preston North End and West Brom. His managerial experience comes from spells at West Brom (Caretaker), Portsmouth Blackpool and Blackburn Rovers before he joined Oxford in July 2014.

Brief Directions by Road
This is one of the most signposted grounds in the country if not the World and clear directions from every angle are on offer. For simplicity take the M40 until its junction eight, where the road splits onto the A40 signposted Cheltenham and Oxford (A40). Pick up the A329 signposted Headington. After approx seven miles at the Headington roundabout turn left where you will be directed to the ground which is situated on the Oxford Science Park.

Car Parking
Car parking for 1,600 cars at the ground for no charge! This seems an awful lot but the park fills up extremely quickly. An additional 400 car parking spaces are now available at the Ozone cinema and bowling alley complex adjacent to the stadium, which are also free to use.

Directions by Train
The station is a serious walk away (about four miles) and the only options open to you are taxi or the Oxford City Bus City 5 which takes half an hour from the station to the ground. Return ticket is about £3.00 and buses run every ten minutes before and after the game. A taxi will cost about a “Substitute”– made for sharing! By the way a “Substitute” is £12.00 pounds in Barnet FC away travellers old school money....see what we did there?
Eating and Drinking Locally
There is a bar available for away fans on the concourse under the stand and ground catering is normal football offerings. The Blackbird in Blackbird Leys is fairly close to the ground but gets very busy. It is a brisk 10 minute walk from the stadium.
The best bet is to find a pub on route - The Catherine Wheel in Sandford On Thames (A4074 Henley Road) looks good bet serving meals from 12.00. Reckless Recommendation saving the best to last! The Mole Inn in the village of Toot Baldon OX44 ONG. It is a quite beautiful pub/restaurant for those of you like me with a bit of style.

Ground Description
The 12,500 capacity Kassam Stadium is unusually a three sided ground. The west end of the stadium is yet to be built on but it is still an impressive home. The club moved from their lovely old Manor Ground in the Summer of 2001 although building work started on this site as early as 1998. Money was short but then enter Mr Kassam who bought the club and starting the ball rolling again. The Main or South Stand is a two tiered affair with a line of 28 executive boxes bisecting the upper and lower seating sections, it has room for just under 5,000 and houses The Quadrangle - for conference facilities and an exhibition area. Opposite is the North Stand in which away fans are accommodated sharing with home fans. The view from the single tier is superb and it can also hold around 5,000. Finally the East or Oxford Mail Stand is another single tiered seating area that is the “home” end. This area has 2,900 seats.

Admission Prices
Adults £22.00 Concessions £13.00. Savings can be made if purchased in advance on line. www.oufc.co.uk

Previous Meetings and Memories
For our last two visits visit I was very fortunate to watch from a Corporate Box, and I was hoping for more of the same this season too but ho hum! Barnet lost 0-1 in March 2013 and 2-1 in February 2012 – Michael Hector scoring for the Bees. Perhaps I will be better off mucking in with rest of you?
Our first meeting was an Auto Windscreen Shield tie at Underhill in November 1995. A 2-3 defeat featured goals from Terry Robbins and Mark Cooper.
Celebrity Watch
For over eight centuries there have been thousands of celebrities to spot in the City as it is a British centre of learning. Those born here include Prof Steven Hawkins, Hugh Laurie and Mark “Oliver!” Lester. Ronnie Barker lived here as a child as did Lawrence Of Arabia or TE as his mates knew him. 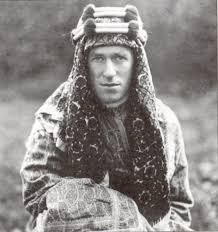 J R R Tolkien was also a resident when writing Lord of the Rings.
Radiohead used to rehearse in the old manor Ground social club in the 1980's.
These days you are more likely to bump into Rowan Atkinson. Sir Richard Branson, Tim Henman and Sir Roger Bannister if you can catch him!

Posted by Reckless on Wednesday, October 21, 2015
Email ThisBlogThis!Share to TwitterShare to FacebookShare to Pinterest