Key Personnel
Tony Mowbray is the current “gaffer” at Ewood Park. Mowbray had an 18 year playing career with Middlesbrough, Celtic and Ipswich Town. His first taste of coaching was at Portman Road as number two to George Burley. As a manager/first team coach he had spells at Hibernian, Celtic, Middlesbrough and Coventry City before joining Blackburn in February 2017. 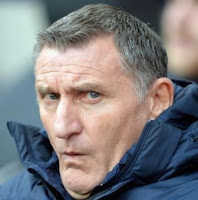 The Bit That Everybody Knows
Blackburn were founder members of the Football League in 1875 and the existing Premier League – only Aston Villa and Everton share that distinction. The club have won the Premier/First Division titles three times, the League Cup and of course the FA Cup six times, three consecutively between 1884-86. Does the Intertoto Cup count as an honour? Well they have won that as well.
The club are currently in 7th place in League 1 a point off the Play off places but with 2 games in hand. 19 goals from 14 League games.

Fairly straightforward although journey time is around 4.5 hours – M6 to its junction 29 and onto the M65 signposted Blackburn. Off at Junction 4 (A666 Bolton Road). Stay on this road (which is full of holes by the way possibly 4,000 or more) until you see the stadium on the right.

There are numerous Car Parks around Ewood Park, along Branch Road in particular which will set you back £5.00 per car. Street parking is very restricted in the surrounding area and also if you find any it is closed off for some 30 minutes until the crowd has cleared.

A mid morning train from Euston to Blackburn will take around 3 hours with a change at Preston although the nearest station to the ground is Mill Hill on a local branch line. So....... its Beers in a carrier bag, a quiz and some home made Burnley Dummies (sausage rolls as they are known in Blackburn) for the journey for my little band of brothers.
Bus numbers 1, 3 or 225 from the station pass Ewood Park which is a goodly 30 minute walk away. A cab is always the best bet to share leaving time for a last pint!


Supporters Coach
The club are running a supporters coach to this game and by now one would assume space is limited if available at all but you can book on line www.barnetfc.com
The coach will leave from the Everyman Cinema (formally the Barnet Odeon) at 8.30am and then the Hive London at 9.00am. Cost £30.00 per person return, with 53 seats and toilet facilities.


Eating and Drinking Locally
First of all let me highly recommend the Drummers Arms off Blackburn High Street which is run by relations of life long Barnet fan Brian Mackie (who now lives in Toronto). Kate, who was born in Barnet and Hubby James will welcome any Bees fans making the trip. 65 King William Street, Blackburn, BB1 7DT . See you there from about 13.00!

Behind the away turnstiles the club have a Fanzone Area open before kick-off and away fans are admitted. Allegedly a pie and a pint for £5.00. The nearest pub to the ground is the Hungry Horse outlet The Fernhouse on the Bolton Road, ideal for a pre-match “comfort food” meal. Uncle Jacks can be found on Branch Road which I am told has a great range of beers and like most pubs in Blackburn specialise in “pies”.
Finally a tip off from a top source at the club for somewhere a little special if you have the time, seek out the Black Bull, Brokenstone Rd, Darwen Lancashire BB3 OLL which is a fantastic place for a quiet one or two with views from the beer garden. 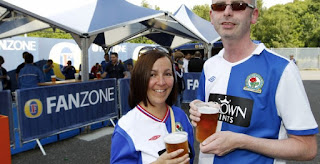 Ground Description
The first game on the ground was way in 1890 but now has a healthy capacity of just over 31,000 with both end stands (named after ex players Ronnie Clayton and Bryan Douglas) and the main stand (named after past Chairman Jack Walker) built during the 1990's. The Riverside Stand opposite was built in 1988. We will be allocated up to 1,500 seats in the Jack Warner Stand (Lower).

Celebrity Watch and Interesting Info
Autograph books at the ready – actors Ian McShane and Anthony Valentine, TV personality Russell Harty and World Superbike champ Carl Fogerty were all born here. The ground was the host for a Guinness Book of Records entry for the building of a 1 tonne Chicken Samosa Challenge. It succeeded even with the windy conditions. 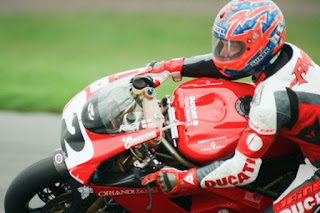 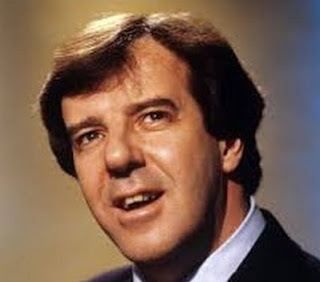 Posted by Reckless on Wednesday, November 01, 2017
Email ThisBlogThis!Share to TwitterShare to FacebookShare to Pinterest