Key Personnel
The current Gaffer at the Rec is well known to us, and someone who is/was a regular visitor to the Hive. Gary Waddock was our First Team Coach in 2014-15.
His playing career as a midfielder was notably at QPR, Millwall and Luton Town. He also won 21 International caps for the Republic of Ireland
He has managed at QPR, Wycombe Wanderers and Oxford Utd and had a previous spell with Aldershot in 2007-2009 when he oversaw their promotion to the Football League. He took over the reins for a second time in May 2016. 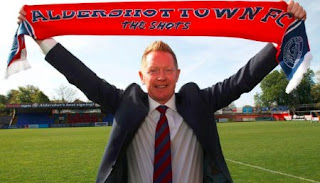 There is a limited space car parking area at the ground and you will have no chance of a space unless you arrive at least an hour before kick off. Follow the directions as above and after the railway bridge turn right at the next roundabout into Ordinance Road. Turn first right for the car park (£3.00). Alternatively there are numerous inexpensive ‘pay and displays’ just a minutes drive/5 minutes walk away in the Town Centre. There is street parking available on roads near to the La Fontaine pub off Redan Road, which is handy for the away entrance.

A late morning train from London Waterloo will take an hour and may involve a change at Woking. (I know its a bit posh there but don't worry there is a bar on the platform). The ground is a 10 minute walk away from the station.

My favourite pub in the area is The Royal Staff 37A Mount Pleasant Road, Aldershot GU12 4NW. It has never failed to serve a great pint and very good football food. It is only a 10 minute walk to the ground too and a warm welcome awaits. Another safe bet is La Fontaine pub on Redan Road. The social club is normally out of bounds to visiting supporters but it is worth a visit just to see! Its a fair walk to the “away” turnstiles from here however. If you are not rushed then the White Lion in Lower Farnham Road, which is a 20 minute walk from the ground is very nice too. 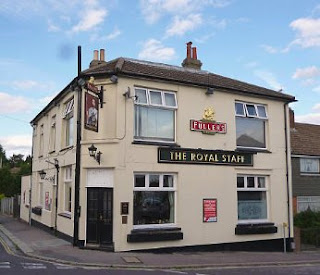 Ground Description
The ground is situated in a public park and what appear to be park shelters transform into turnstiles on matchdays. The Main North Stand built in 1932, which is a converted terrace, occupies the whole of one side. The South stand opposite dating from 1929 was the original main stand until control was relinquished when seating was installed in the North Stand and new dressing rooms and offices added behind it in 1970. It straddles the half way line and includes the clubs corporate facilities. To the left is the very imposing East Bank which has a vast old fashioned barrel roof over terracing. Every ground should have an end like this! We will be allocated the South East Corner of this terrace and a selection of seats situated in the South Stand. To the right is the new Community Stand recently added to comply with the seating requirements in the Football League. This end had been a simple tarmac path for years. 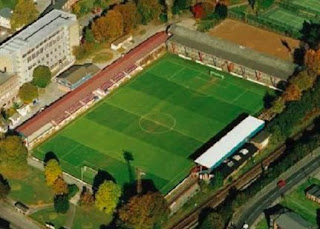 Our Last Meeting & Memories
Our last visit to the Rec was on Boxing Day 2014 for our Championship winning season. A John Akinde hatrick in a 3-1 win made for an exciting day out away from the in-laws and the cold Turkey sandwiches.
A rare but spectacular goal from the late Carl Hoddle grabbed the Bees a 1-0 victory at the Recreation Ground in New Year 1992 and stopped us all getting hypothermia. 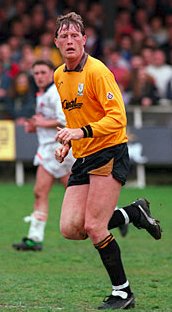 A very special personal moment for me during our visit in February 2004, although perhaps I should not admit to it, was walking into the hospitality area and looking for the toilets as the queues elsewhere were horrendous. I was mistaken for a corporate guest (I had come straight from work suited and booted) and being invited in for a drink, a sumptuous buffet and a free programme. Very nice it was too but my mistake was beckoning to two comrades (who I shall not mention) because we were eventually sussed out and politely asked to leave!
The visit to the Rec. in November 2004 featured a simply wonderful volley from Simon King which won the game for the Bees 3-2. 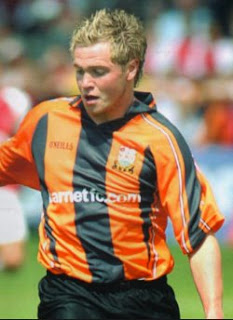 Overnight Stay Factor
Err....1/10, you have had a holiday and with respect Aldershot does not offer a range of activities to rival The Canary islands, Rhodes or even Eastbourne for that matter.

Celebrity Watch
The ex wife of Beatle Paul, Heather Mills was born here as was Record producer Mickie Most (who lived in Barnet for years). 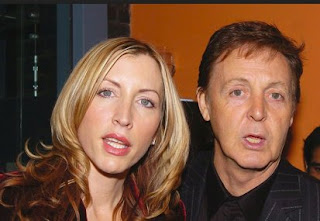 Comedy actor Arthur (Are You Being Served) English, The Duke Of Wellington, the author of Vanity Fair William Thackery and Fred Dineage from TV’s ‘How’ were all associated with Aldershot. 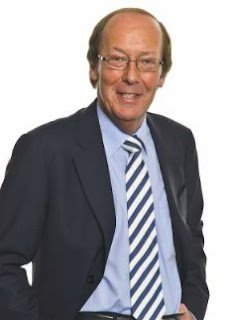 Posted by Reckless on Sunday, July 29, 2018
Email ThisBlogThis!Share to TwitterShare to FacebookShare to Pinterest