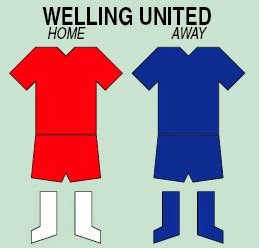 KEY PERSONNEL: Manager Jamie Day was made player manager at Park View in November 2009 and made over 200 appearances as a midfielder for the club. He started as a trainee at Arsenal in 1997 before signing for Bournemouth. His other clubs include, Dover Athletic, Crawley and Grays 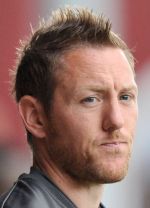 BRIEF DIRECTIONS BY ROAD:
Take the M25 to Junction 2. Follow the the A2 towards Central London. From here after about 5miles look out for and simply follow the A221 signposted Bexley Heath and Sidcup. You will effectively be turning right at this rather complicated junction. Exit the first roundabout take second exit, and at the next turn right again passing under the A2 bridge. At the next roundabout take the second exit (Danson Road) when you pass the boating lake on your left. Follow this road and at the traffic lights (T Junction) turn left into Park View Road (A207) for the ground.

CAR PARKING:
There is no car park at the ground but street parking is fairly unrestricted.

DIRECTIONS BY TRAIN:
The nearest station is Welling. Trains from London Victoria, London Cannon Street and Charing Cross are half hourly and the journey time is 35 minutes or so. From the station turn left and go to the end of the road. Turn left onto Bellegrove Road, this becomes Welling High Street and then Park View Road. The ground is on the right and should take no more than a 15-20 minutes walk. Bus is an option - numbers 89, 486 and B16 run past the ground from the station.

SUPPORTERS COACH:
The supporters Coach will leave the Hive at 11.30am with earlier pick up points at Potters Bar Station. Barnet (3 separate places), Whetstone and Edgware staring at 10.30am. The price is £20.00 return.
Call ticket office for further info on 020 8381 3800

EATING AND DRINKING LOCALLY:
The Guy, Earl of Warwick is the nearest pub to the ground (just 100 yards) and the Nags Head and the Rose and Crown are further on and to the right. All serve real ales and serve basic bar meals. They also get the thumbs up from my spies. A little more further afield and the best of all is the Robin Hood and Little John at 78 Lion Road DA6 8PF – well worth a visit and only a 15 minute walk to the ground.
SOCIAL CLUB:
The Wings Bar is situated behind the Graham Hobbins Stand and accessible from outside the ground.

GROUND DESCRIPTION:
Welling took over the ground in 1977 when Bexley United became defunct. The rather quaint current main stand has lasted well as it was originally put together in 1950. At either end there is fairly shallow but sturdy open terracing while opposite is a seating tier, The East Stand, erected in 2002 (replacing the old terrace) which occupies half the touchline, the other half taken up by a block which houses the clubs facilities. The current capacity is 4,500. If segregation is in force then we will be allocated seating in the East Stand and standing space on the Danson Park Terrace

PREVIOUS MEETINGS AND MEMORIES:
The last visit to Park View was in October 2013 in the Skrill Premiership a Keanu Marsh-Brown goals earned a 1-1 draw.
A good night out was had in March 1993 in the London Challenge Cup when a brace from Mark Carter bought home the spoils 2-1. Christmas 1990 goals from Edwin Stein, Harry Willis, Gary Bull and Tony Lynch helped the cold turkey and bubble and squeak go down well enough.

The last day of the 1987/8 season saw a Bees 2-0 win (David Sansom and own goal) but that afternoon Lincoln City also won to pip us the Conference title.

Posted by Reckless on Sunday, October 26, 2014
Email ThisBlogThis!Share to TwitterShare to FacebookShare to Pinterest
Labels: Away Guides, Welling