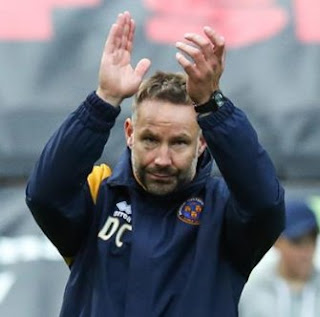 Brief Directions by Road
Onto the trusty M1 veer off onto the M6 and onto its junction 10a. Turn off onto the M54 towards Telford. At the M54 junction 7 the road becomes the A5, signposted North Wales and Shrewsbury.
After about seven miles, you will meet a roundabout junction with the A49. Bear left at this roundabout staying on the A5. At the next roundabout take the 3rd exit onto the Thieves Lane B4380. Over 2 more roundabouts following the road which becomes Oteley Road. Follow this road until you reach the ground on your right. The ground is very well signposted from all approaches.

Car Parking
Not easy this one I'm afraid. The stadium car park is by permit only and the club encourages the Park & Bus Ride schemes available from the town centre and surrounding areas. Look out for them on the way in - £2.50 well spent and hassle free trust me
Parking is prohibited in the nearby Retail Park and nearby streets, so to find some street parking you may have to drive a bit further away. There is a car park at the Meole Brace Bowling Club, which is a short walk away and offers parking at £5 per car.

Directions by Train
Trains from London Euston changing at Crewe and/or Wolverhampton take approx. 3 hours. The station is a good 40 minutes walk from the station, so a taxi is your best option.

Eating and Drinking Locally
As the ground is basically plonked in a field on the outskirts of town the retail park close by is the only facility for food. However unfortunately it offers the normal Hooded Fried Chicken and Asbo Burger take aways and very little else. The catering inside the ground is fairly varied and alcohol is also available inside the stadium. The local pubs (10-20 minutes walk away) are The Brooklands Hotel which also offers parking for visiting fans and the Charles Darwin. Both of these, rather conveniently, have Chippies in close proximities too!
The best of the lot if you are making a morning of it is The Prince of Wales Hotel on Bynner Street near the town centre – terrific grub and great range of beers, worth a visit. Ground Description
The New Meadow, the Greenhous Meadow or possibly next year the Billy Meadows is a modern lower league stadium and four very smart and ultra efficient blue seated enclosures await. Architecturally memorable it is not but we are now in the 21st century Reckless. All four are 18 rows high with executive boxes behind the seats in the main or East Stand. The North or Pro-Vision CCTV Stand will be our home for the afternoon; it has room for around 2,000 spectators and overlooked by a very foreboding Police control room!

Previous Meetings and Memories
Our last meeting was in October 2011 in League 2 and a 3-2 defeat featuring Bees goals from Ricky Holmes and Mark Marshall. 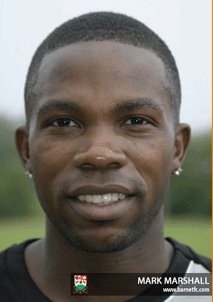 The Underhill “power cut game” of February 2006 saw a debut goal from Tresor Kandol in a 1-0 Bees win and the Chairman putting an end to the Hospitality free bar in the Durham Suite before kick off rule while an end to end 2-2 draw at Gay Meadow in September 2005 contained Barnet goals from Nicky Bailey and Louis Soares. Sad times indeed on May 3rd 2004 and the second leg of the Play Off semi final. After a 2-1 win at Underhill in the first leg, a 0-1 defeat at Gay Meadow sent the game into extra time and penalties, and you all know the rest.
The first game of our relegation season 2000/1 in Division 3 saw a very comprehensive Bees 3-0 victory over the Shrews although Lee Harrison was especially resplendent early on - Scott McGleish, Wayne Purser and Darren Currie were on the scoresheet. Gay Meadow witnessed an extremely rare occurrence in 1998 as the diminutive Billy Manuel in actual fact scored a goal for Barnet. After the initial shock wave of disbelief from the players subsided Bill tried desperately to join the faithful band of stunned Bees travellers on the away terrace to celebrate but the fence was nearly 3 foot high and he was unable to get over it!

Overnight Stay Factor.
It is very tempting to stay overnight here especially as Shrewsbury is a very picturesque town. The Monastery and Castle are steeped in English history. The surrounding countryside is pleasant and there are many splendid Inns and hostelries to be found. What better than a morning punt down the river after a hearty full English breakfast with the local delicacy Shropshire honey smoked bacon?


Posted by Reckless on Sunday, October 30, 2016
Email ThisBlogThis!Share to TwitterShare to FacebookShare to Pinterest