Manager Gary Johnson has been at the helm since March 2015 and oversaw the Robins promotion back to the League in 2016. As well as First Team Coach with Latvia for 2 years he has managed at Yeovil Town, Bristol City, Peterborough and Northampton. 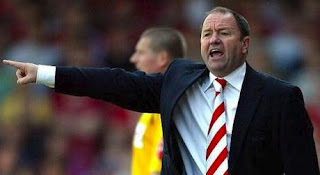 The best bet to get to Whaddon Road is via the M40/A40 which bypasses Oxford. Stay on the A40 into Carlton Kings on the outskirts of the town where you will meet a main set of traffic lights with the road from Cirencester to your left. At the next set of lights turn right into Hales Road (B4075 signposted Prestbury). This road becomes Priors Road, stay on it until Whaddon Road can be found on the left after about a mile and a half opposite a small parade of shops. Turn left here, go straight on at the small roundabout and after approx. 1/2 mile the ground will be in sight to your right.

For the free park and ride service (see below for details), continue along Priors Road then turn right into Bouncers Lane. Continue to a double mini roundabout. Turn left at the first one then take the second exit at the second one onto B4348 Tatchley Lane, signposted Evesham A435. Follow this road to another roundabout; continue straight over and the Cheltenham Racecourse Park and Ride is on the right-hand side. These directions are courtesy of CTFC.

In years gone by this was a tough call as the local streets are heavily restricted. The club offers a free park and ride system from nearby Cheltenham racecourse. Buses run every 20 minutes. The Town Centre is 15 walk away where you will find numerous pay and display car parks. Car parking is available at Whaddon Road but you have to pre-book a car park space on a matchday by contacting the ticket office on 01242 573558 (choosing option 1). Matchday parking does cost £5 per vehicle.

Cheltenham Spa station is a good 2 miles away from the ground and a taxi is the only realistic option.

Eating and Drinking Locally
The local Chippy on Whaddon Road is very good but that is the only real option for food close to the ground. The drinking situation is however much more affluent. The two friendliest pubs close to the ground are The Conservatory and the Sudeley Arms, both on nearby Prestbury Road. The Sports Bar at the ground does allow visiting fans for a small entrance fee. 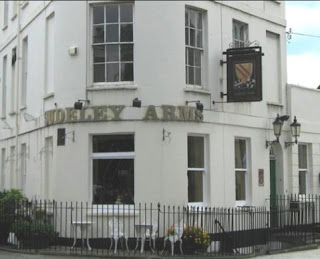 Ground Description
The first thing that strikes you at Whaddon Road which currently can accommodate around 7,000 is the familiarity of the main stand which is a larger version of the one that was at Underhill. It was built in a year earlier than ours in 1963 and the similarities are evident if you look closely. For instance two of the original floodlight gantries sit on top of a roof which is supported in the centre by one thin central upright. Morecambe FC also had a very similar main stand. This one holds about 1,000 seats and has a small paddock at the front. To it’s the left is the Prestbury Road End which is basically a low roof over terracing, it is the “home” end. Opposite is the very smart Colin Farmer Stand which was completed in 2001 replacing a very popular terrace, it has room for around 1,800. Completing the picture is the latest edition to Whaddon Road, The Wymans Stand where visiting supporters will be allocated a section of seating.

Our Last Meeting & Memories
Our last visit was on Boxing Day 2016 when Curtis Weston and John Akinde netted in a 2-1 win. We were treated to a highly entertaining 3-4 defeat at Whaddon Road in early December 2000 when Tony Cottee, Omar Riza and Darren Currie were our scorers. The clubs had been frequent opponents in the old Southern League of the 1960’s and 70’s and the Gola and Conference campaigns of the 1980’s. The highlights for me? A certain James Greaves double in a 2-1 away win in 1978, when he left the field to a moving standing ovation from one and all, another double from a certain Nicholas Evans again away from home in 1987 plus a stunning Gary Bull hatrick in a yet another away win in October 1990.


Celebrity Watch
For music lovers everywhere Cheltenham offers a very diverse list of musicians/artists who were born or were/are resident here. Brian Jones of the Rolling Stones, Planet Suite composer Gustav Holst, Rocky Horror writer Richard O’Brien, punk queen Toyah – who I was fortunate enough to back with my band at the East Finchley British Legion in the 1970s - and ex Motorhead guitarist Wurzel. British Winter Olympian Eddie “The Eagle” Edwards is still practising at the local dry ski slope but one wonders if he was influenced by the knowledge that another famous skier came from these parts - Edward Wilson who went to the Antarctic with the Captain Scott Expedition in 1912, nipped out of the tent for a bit and unfortunately never came back!

Posted by Reckless on Sunday, January 21, 2018
Email ThisBlogThis!Share to TwitterShare to FacebookShare to Pinterest
Labels: Cheltenham