Linvoy was perhaps the finest centre back to wear Amber and Black over the last 20 years We were fortunate to witness his early development as a player before he successfully made the step up to Premiership level with Portsmouth in 2000.


Linvoy Stephen Primus, born in Forest Gate September 1973, turned down a contract with West Ham United as a youngster to accept a deal with Charlton Athletic. He made four first team appearances at the Valley but competition for places was high. After being released in the Summer of 1994 Ray Clemence stepped in to acquire Linvoy's signature in front of Crewe Alexandra and Cardiff City and offered a two year contract.

In his first season Linvoy made 45 appearances and was runner up in the Supporters Player on the Season poll behind Freedman. 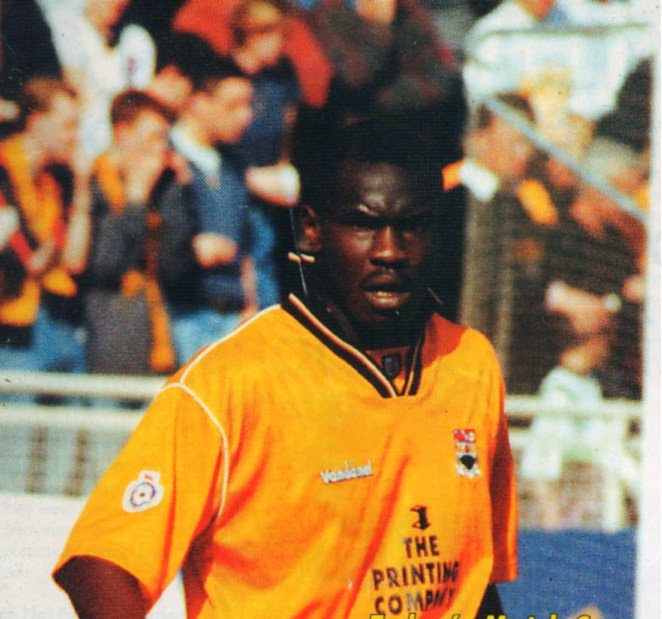 In 1995/6 he made a further 48 appearances scoring five goals and was once again runner up in the poll behind goalkeeper Maik Taylor, however he was attracting more and more attention for the upper echelon of the league.

In 1996/7 he was made team Captain and served under four separate managers in Clemence, Terry Bullivant, Terry Gibson and Alan Mullery.
Primus' finest hour that season was probably shepherding Tony Cottee in the two legged League Cup tie against West Ham in September when the following players, courtesy of a Phil Simpson goal, held the Hammers to a 1-1 at Underhill before narrowly loosing the second leg 1-0 at Upton Park in front of over 15,000. Barnet squad;
Maik Taylor, Shaun Gale, David McDonald, Robert Codner, Linvoy Primus, Lee Howarth, Kevin Rattray, Phil Simpson, Paul Wilson, Sean Devine, Alan Pardew, Lee Hodges, Micky Tomlinson, Jamie Campbell, Warren Goodhind and Paul Hardyman.
Early that season Barnet were experimenting with a sweeper system using Alan Pardew behind Linvoy and defensive partner Lee Howarth. Whether this suited Primus is open to conjecture as the club finished 15th but Linvoy did finish the season with 51 appearances, three goals and the elusive Player of the Season award.

With Bullivant now settled as Manager at Reading and also having Pardew as his assistant an offer of £250,000 was too much to refuse for Barnet. Much to the disappointment of Bees fans Linvoy started the 1997-98 season as a Reading player. 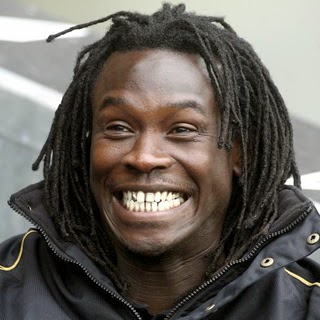 A story......Myself and a little band of brothers who called themselves the Curry Club were kit sponsors of Lee Harrison. In December 1998 after a 3-2 win at Southend, Lee (who still lives locally) invited the lads and their WAGS to his house for a fancy dress party. Many of the players from the era were there but David MacDonald and Linvoy drove to the party together with their partners and Macca told us that they had to stop for petrol. Dave was fairly normally dressed as Father Christmas and his lady as a vampire however Linvoy - who I am sure you all know is a strapping lad - was dressed as a fairy in a pink tutu, tiara, tiny panties and fishnet tights complete with wand! The image of Linvoy just outside Wickford filling up the car and buying bits and bobs from the shop is mind boggling. I have a photograph somewhere which I must dig out - absolutely fantastic. When at the party Mrs Reckless asked him where he kept his wallet? But then said  "Oh I can see it!" Linvoy is a seriously great sport.

He moved onto Portsmouth and over a period of 10 years at Fratton Park he became revered enough for the club to rename the Milton End of their ground as the Linvoy Primus Community Stand for one season such was his loyally to the club.

He officially retired from playing in 2010 retaining his “ambassadorial and advisory role to help guide emerging talent at Portsmouth” bestowed upon him in 2009. He has since written a best selling book "Transformed" about his footballing career and his powerful religious beliefs. It is a superb read. 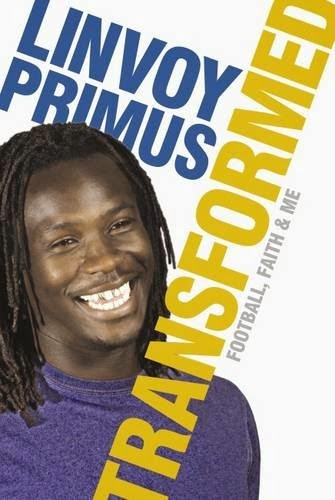 It is so easily said but certain players do have that air of geniality and affability and are more approachable than others. Linvoy had those attributes in abundance and talking to him recently he still retains a huge affection for our club.